The origin of the term “soumak” is obscure. It most likely derives from Shemakha, the name of a regional capital in Azerbaijan where such rugs were gathered and traded. Soumak rugs are pileless, and are produced using a weftwrapping technique. They tend to be extremely conservative in design. Some patterns have been in use for at least five hundred years, with only slight modification. This example, dating from the 19th century, is remarkably well-preserved. Soumak rugs with archaic designs are still being woven, albeit with rather disagreeable synthetic dyes, in the east Caucasian area, and are traded in centers such as Derbend. 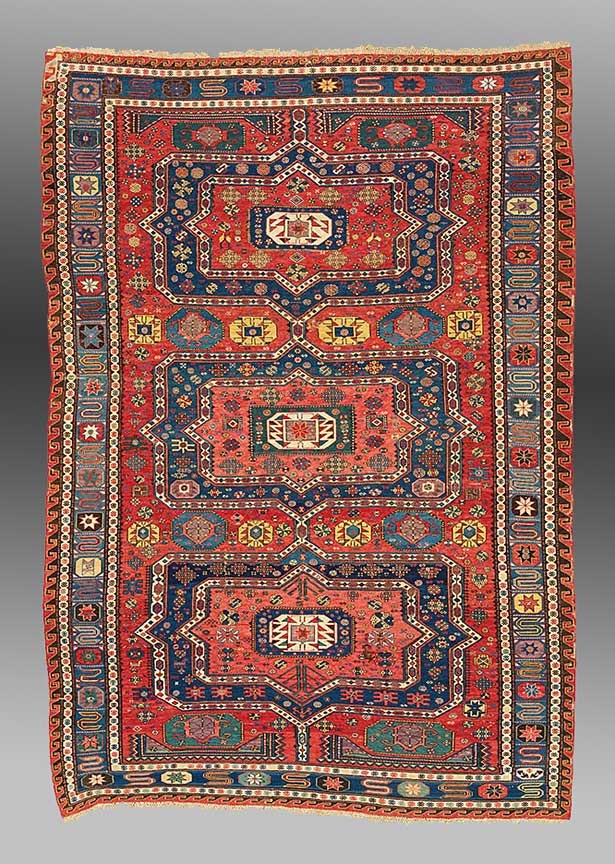