Village and Commercial Rugs from Turkey

In societies such as those in the Islamic world where chairs and sofas are not used, decorated cushions or pillows (yastiks) are provided for people seated on the floor or on the raised benches found in many Turkish homes. At the highest level of Ottoman society cushions were covered with costly velvets or were sometimes richly embroidered. In villages, piled yastiks, such as this example, were the norm. This yastik contains a central medallion motif strongly reminiscent of velvet Ottoman covers, while the designs of the corner pieces are significantly more ancient. 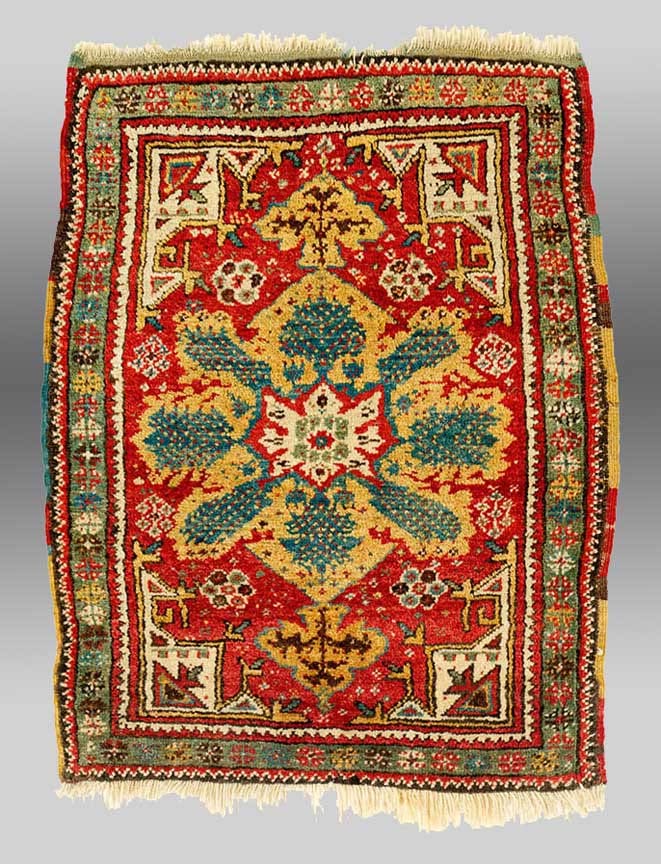